You Live in a Township!

What is a Township?

While you might hear local units in Michigan referred to as “cities and towns,” that’s actually incorrect. Michigan doesn’t have towns—it has townships, cities and villages, with townships governing 96 percent of Michigan’s land area outside of cities. In fact, in Michigan, if you don’t live in a city, you live in a township (see the map, green areas = townships).

In Michigan, it is often difficult to discern the differences between townships, cities and villages. There are, however, significant differences that are important to the people charged with administering township affairs and deciding township policies. Townships and counties are statutory units of government, having only those powers expressly provided or fairly implied by state law. Cities and most villages are vested with home rule powers, meaning they can do almost anything not prohibited by law.

Did you know you live in a Charter Township?

There are two types of townships in Michigan—general law and charter townships. Charter township status is a special township classification created by the Michigan Legislature in 1947 to provide additional powers and streamlined administration for governing a growing community. A primary motivation for townships to adopt the charter form is to provide greater protection against annexation by a city. 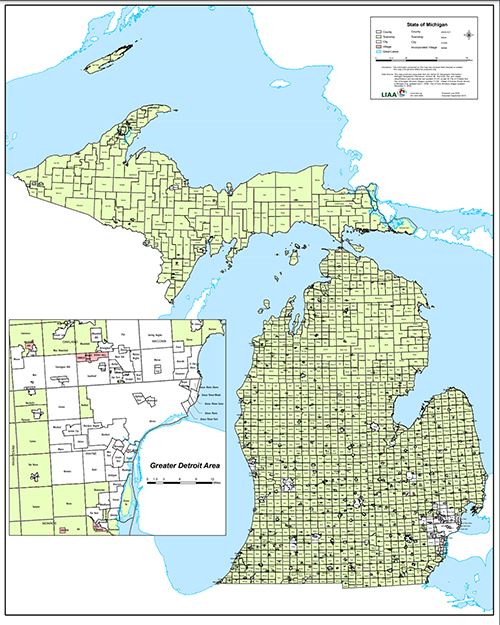